www.stmarksfitzroy.com
Below are pictures of Saint Mark’s. 🙂 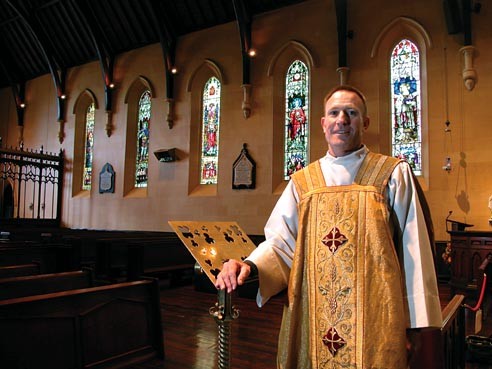 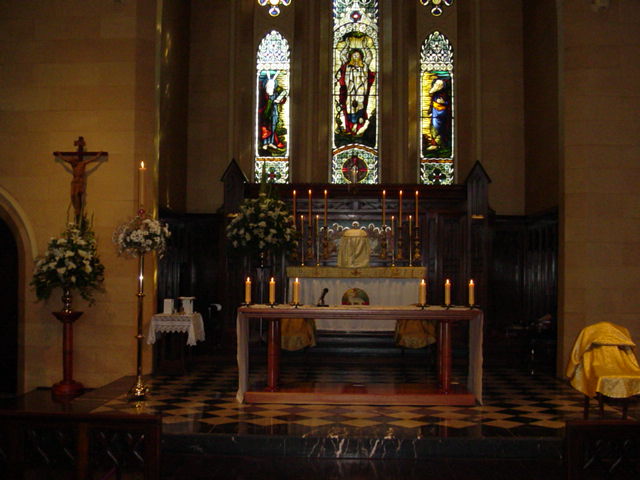 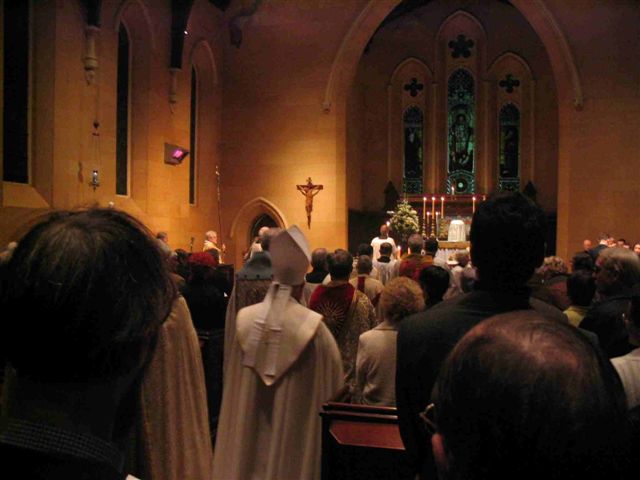 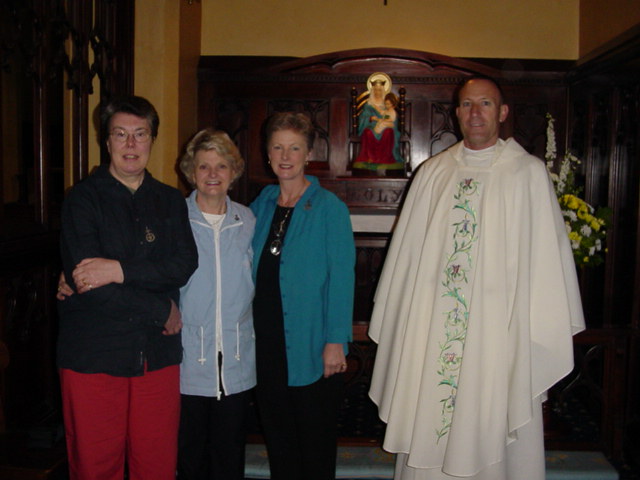 Keeping the Faith amid boom and bust

There were times when the regional office talked of shutting the branch down. When it wasn’t getting the numbers, didn’t have the vibe, didn’t have a plan – and equally barren outlets in neighbouring suburbs were getting the chop.

So how is it that St Mark’s in Fitzroy is turning 150 this year, and is in full bloom as a going concern?

“The history of Saint Mark’s is one of boom and bust,” says Father Tony Noble, vicar at St Mark’s for the past 18 years.

As Father Tony tells it, with the greatest delicacy: over the years there have been vicars who brought vitality and vision to this old Anglican church and its congregation, leading ministries of a true faith and charity. And there have been the vicars who struggled and lost, who watched in despair as St Mark’s dried out to its bones, seemingly beyond salvation.

But always, at that darkest hour, there came a more inspired man who took over the pulpit and got the heart beating again. Father Tony is one of the great heart-starters.

St Mark’s barely had a pulse when he arrived in 1985 (from running a sleepy struggling parish in suburban Adelaide). In Fitzroy, the floor of the church (pictured left) was sinking, some of the windows had blown out, there were holes in the roof and just a few stoic souls in the pews.

“I remember my first Sunday as vicar it rained,” he says.

Raindrops falling from all the holes in the ceiling hit the floor in booms and slaps, amplified by the great hall, sounding like a crazy drum solo.

“It was so loud that I couldn’t hear my own voice.”

Meanwhile, as he preached, the loyal core of church ladies ran around with buckets.

The roof had to wait. As Father Tony saw it, there were other holes in St Mark’s that needed plugging first, and not with money but with vision, direction, energy, relevance and faith.

Father Tony Noble was an accountant for the first 10 years of his working life, but always a churchgoer. At 27, he got “the call” to the priesthood. It was an idea he had dismissed as a younger man.

But the call took it out of his hands, such is his faith in the word and meaning of God. He puts much faith in the Christian basics: worship and reaching out to others.

Where other ministers were putting on T-shirts and picking up guitars in an attempt to get with it (and win a crowd), at St Mark’s Father Tony continued to run “traditional Catholic services within the Anglican framework”. With the incense, the ancient chants, the solemnity.

And not just on a Sunday. He read Mass every day of the week. Slowly the regular congregation grew from eight to 25, later to 80, currently about 100.

But the only people coming to the church grounds in great numbers in 1985 were local poor folk. They came for food parcels and counselling, they came to just sit or to play games.

St Mark’s has been running various welfare missions to the parish poor since the late 19th century. During the Depression, Brother Bill Nicholls – “the famous vicar”, says Father Tony – built the Social Settlement welfare centre next to the church. It helped thousands.

“It was an amazing place and it had a tremendous impact on Melbourne,” says Father Tony.

In 1980, in the old Social Settlement building, St Mark’s Community Centre was opened as a drop-in and welfare centre.

The Community Centre was initially set up for the many men living in local rooming houses. By the time Father Tony became vicar, the clientele had started to diversify: men and women, young and old, families, the abandoned mad folk. Melbourne’s social problems were becoming more complex.

A year into his ministry, Father Tony “decided the parish should do something, that we should be ministering to AIDS victims and their families. AIDS was still a dirty word then.”

The Diocese wasn’t keen on the idea, “because it was AIDS”. And the AIDS advocacy groups weren’t keen “because we were the church”.

But it was with this issue that St Mark’s found its faith. The old church ladies got right behind it, visiting and caring for the sick, welcoming them to worship, kneeling with them at the altar for Communion.

“As we took that risk, our numbers grew.”

Five hundred people came to a Requiem Mass for the AIDS dead. It made the papers, the television news. And for all the better reasons, St Mark’s was back on the map.

In 1991, Father Tony set about fixing the roof, the floor, the windows. A National Trust appeal was launched. It took seven years, and more than $1 million. Now a stunning building to simply visit, St Mark’s boasts the only Harrison pipe organ in the country. This king of organs – Westminster Abbey has one – was donated by a church in Oxford, England.

St Mark’s celebrates its 150th birthday on July 1 – with a Solemn Mass followed by a cocktail party. The celebrations will continue for five months.